Ahhhh...family entertainment. The Demon ( Gene Simmons) The Starchild ( Paul Stanley) and 2 other guys filling in for the originals. It was a fun night and it fit in perfect in a state fair setting. Check out the HD quality (make sure to bump up the rez to 720p!) clips and tell me that it wouldnt be fun!

Recorded from a AA meeting , shortly before his death.  I find his story interesting on many levels. Take the time and give it a listen. There are many people that are not as famous or talented that struggled as mighty as Stevie did. As many things in life teach you, its a journey- not a destination.
Slowly typed by Mike on 8/31/2010 No comments:

I get published again in the local paper


I got a chance to comment on some shows that I have been to in recent weeks in the startribune. I know its not much verbage,but they limit you to a sentence or two.  I still get a little thrill of being published on something I love .

Gov't Mule, Cabooze plaza. Yet another adventurous show from a band that never mails it in. A blistering show on a blistering hot day at a venue where the original trio cut its performing teeth. Opener Jackie Greene was a pleasant surprise.


Black Crowes, Minnesota Zoo. On only the third show on its farewell tour, the band roared through a 90-minute set. Luther Dickinson proved that he is a great addition with rough and tasteful solos. Too bad the set was so short. Hope the hiatus is just as brief.

Wolfgang's Vault iTouch/iPhone app. This has quickly become one of my favorite apps. Archived Bill Graham-promoted concerts from Winterland and the Fillmore West/East. Tons to choose from, and it's free.
MIKE YOUNG, DELANO


The Rhythm Devils, the Cedar. Dead drummers Mickey Hart and Bill Kreutzmann delivered as expected, but the surprise was singer/guitarist Davy Knowles, 23. The second set was Dead-on, highlighted by the tight, passionate "Casey Jones" and "U.S. Blues."

Pretty Reckless, "Late Show With David Letterman." "Gossip Girl" starlet Taylor Momsen's Warped-tested pop-metal quartet was a commendable curiosity. There was something oddly affecting about a pretty, vacant-looking blonde with raccoon eyes singing "Every time I look inside your eyes/You make me want to die," framed by Paul Shaffer's creepy keyboards.

Minnesota Zoo concert series. There have been many rewarding shows this summer, capped (for me) by the Black Crowes (spirited, gospel-infused rock but too short), George Thorogood (barroom boogie and blues on steroids) and Jerry Jeff Walker (Texas' answer to Jimmy Buffett). 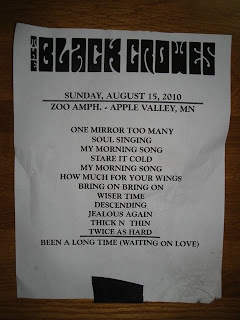 Had a nice short evening at the Zoo with the Black Crowes. The lads put on a great show, but was a bit on the short side for the Crowes.  I know for a fact they had at least 1 hour before the had to shut it down, but they chose to leave us wanting more.  I was about 4 rows, front in center in front of Chris Robinson. It was a great show. Sad to see them going on hiatus for a few years. At least they went out on a high note, from this fans perspective. 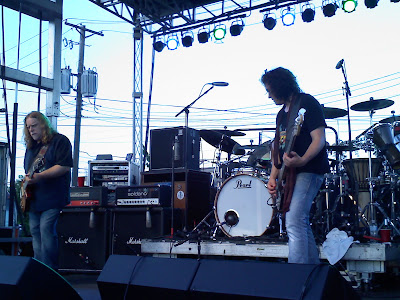 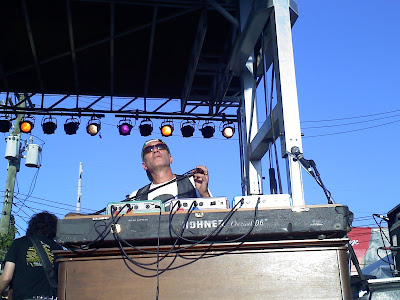 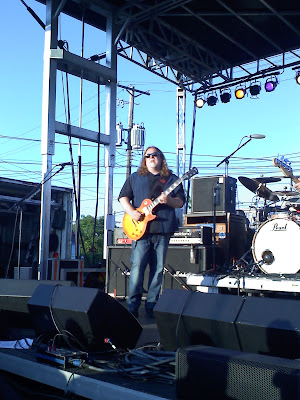 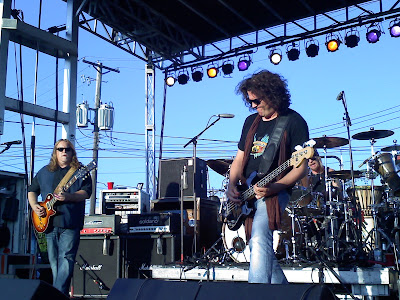 
Another great Gov'T Mule show. General Admission, so..I just had to throw a few elbows to get front and center! Pics to follow! Setlist below!

I will be seeing one of my favorite bands in late sept. This is the latest single off the new release "The Big To Do". I have included the sanitized version for your protection.

Well the white taffy from 07 has gone to heaven. I am ready to rock the nation with a 10 Blue Sensation!

Got a great deal on trading in my "old" fit and getting into a "new" fit. Payments stay the same...but starting over on the payments. I am happy with it. Loving the new car smell and digging the cool blue color.

The white fit was due for new tires, was having a AC prob and also had that little nasty accident a year or so ago. Feel good to have a nice new fit sitting in the garage. I have assured it that there will be no trailer hitches to smash up its grill ala the taffy.

More news to come. We are off to the tint shop next week to darken the windows and give it a nasty economy car mojo look!
Slowly typed by Mike on 6/10/2010 3 comments:

1975 Midnight special. Great memory of one of my faves. Remember watching this as a 11 year old ( staying up too late!).

Peter is still at it, and still making music that matters to me. His new CD "Thank You Mr. Churchill" is due on April 27th. One song I have heard has really moved me, its called "Black Ice". Kind of a flip side to " Do you feel like we do". Its about the 7 years of sobriety he has moved through and its ups and downs. Pretty personal stuff from a guy that got knocked for being somewhat of a pretty boy with not much to say. I enjoyed last nights show, 3 plus hours of screaming guitar solos and some sketchy vocals from guitarists that should stick to playing guitar. I had a good time people watching ( St. Pattys day and old dudes making grimicing guitar faces) and being impressed by the interpetations of Jimi's music. From Joe Satrianis abilty to make spaceship and alien sounds ala Jimi on "Third Stone From the Stone" to Kenny Wayne Sheppard's Showmanship ( and lest not forget,Jimi WAS a showman, not just a guitarist) to Ernie Isley's teeth playing version of Amazing Grace. It was an wild evening. Below is the setlist.

Are You Experienced – Eric Johnson, Will Calhoun

Can You See Me – David Hildago

All Along the Watchtower – Joe Satriani, Living Colour

And in keeping with the acid soaked theme of this post....check out this puzzling Elvis Presley movie clip for the song "The Edge Of Reality". Check out the horrid talking dog and the nasty outfit the poor dude had to wear to even look like a dog ( nice budget...$1 store perhaps?) I do like the song...sang it a fair amount as a kid. Yeah, weird.... but at least I never talked to a dog for advice....oh wait..I have done that! :-)

I take a real guitar lesson

Last night I decided to take a break from my self teaching methods and get a "heat check" with a real instructor. I spent the 30 minutes showing my teacher what I had and what I didnt. It was a good jumping in point. He left me with some good stuff to work on and was supportive of what I was doing on my own. It was pretty low pressure stuff and I know I will come back in a few weeks.

I will say this about playing a guitar. There is nothing more rewarding than playing something right after hours of playing stuff that sounds like a monkey dragging your plugged in guitar across a cage! Its tough to sound musical and worthy of someone elses ears....let alone your own. Even though there are many moments of frustration and cringe worthy performances, I am totally hooked and love to hold that thing in my arms and try to create.

Below is a video of the instructor I worked with.....no I didnt rock any cello.

blast from my past.

Always have loved this era of Elton...Such a nice and simple love song.

The Show is tomorrow night. Here is a clip from 1969 that captures him with a full bag of tricks.

The "new' Cd "valleys of neptune" is stunning for material that has been sitting in a can for 40 odd years, a must get for any hendrix fan.

Just bought tickets for this show, and I am excited! Great lineup of guitarist's to pay Homage to my favorite guitarist Jimi Hendrix. The show will be on March 17th and it will be a great night of music. I only wish I could have seen the original item in my lifetime....
Slowly typed by Mike on 3/04/2010 No comments:

Here is a video clip of the "new" Jimi Hendrix song and upcoming CD ( 1969 studio cuts, unreleased stuff) released on March 9th. I cant wait. I love hendrix. Sounds so fresh, even after all these years.

Today I purchased a Danelectro BLT Slap back pedal. Gives me that nice 50's echo with a small dent in the wallet. By the way, the guitar has arrived...my fingers are bleeding with the love of it!

ITS ALL ABOUT THE RAWK.....AND THE LADIES LOVE THE SUSTAIN!!! 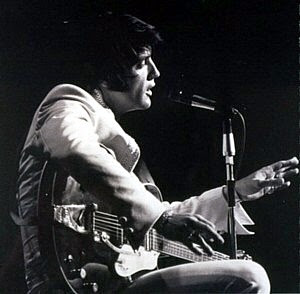 I have purchased a new guitar

I have bought my first real "big boy" guitar. Its a Gretsch 5122dc in black. The perfect guitar for me, has that great hollowbody sound to give that 50's sound. Also can sound good with about any style of music ( of course I have to learn how to play it! ahahaa)

Sold my old amp ( Line 6 solid state amp) and traded up for a Fender Blues JR ( hotrod edition) tube amp. I now have all the tools to sound like I want to....lessons are next!

Check out the pics 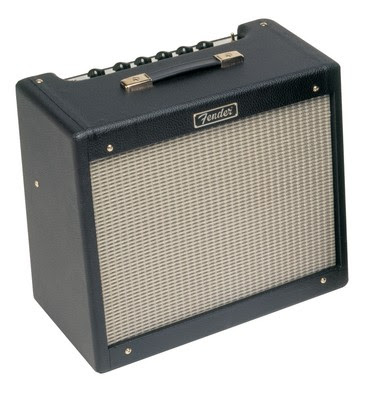 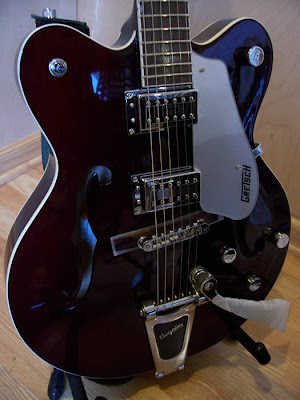 Elvis- I love you because

Here is the real version of the song I recorded in Memphis @ Sun Studios . Mine doesnt even come close, but still loved recording it in the same spot Elvis did.

Who knew that our beloved 40 year old QB is hip to weird off key songs that are performed on American Idol. Gotta love that hand breaking butt slap on Jered Allen!
Yeeeeehaw!